The Theme Songs of Final Fantasy

“Get hype” is what I’d like to say but if I were to summarize the premise so far—four guys “bro-ad” (bro + road) trip it up to have the lead character, Noctis, reclaim his rightful throne.

Yeah. Not intrigued in any way.

There is a certain allure when it comes to an all male cast and it does reflect Japanese culture to an extent. After all, there IS a market for all-male ensembles, whether yaoi driven or not…

But the absence of a permanent female character, not to mention the fact that Noctis is the only character the player can control… I don’t know, for me, these are all, as Liz Lemon would say: 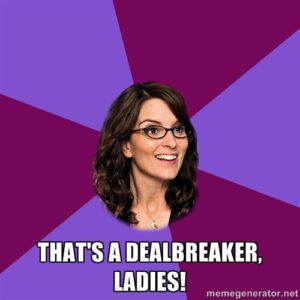 The trailer does offer one saving dealmaker—Florence + The Machine’s “Stand By Me”.

I have such a soft spot for video game theme songs. Their inclusion always leads me to wonder, “Why was this song included to represent the game? What are the themes that we can infer from the story? Does the song reflect the game’s voice well?” In asking these questions, if the theme song is great enough, I make it a point to give the game in question a shot.

Looking back at the previous titles in the franchise, I am reminded of how theme songs can really alter how one might perceive the game.

SPOILER ALERT: THE FOLLOWING WILL CONTAIN SEVERAL FINAL FANTASY SPOILERS. SPECIFIC GAME SPOILERS WILL APPEAR ONLY UNDER THE CORRESPONDING HEADING, BUT READ AT YOUR OWN RISK.

VIII- Eyes on Me (Faye Wong)

The theme song that started it all.

I suppose one could argue that VII’s One Winged Angel was the franchise’s first theme song but it wasn’t marketed as such. VII also had the un/fortunate distinction of being the bridge between the SNES Final Fantasies and the PSX’s so naturally, the RPG theme song trend was just in the process of catching fire.

VIII is the installment most associated with a love theme but I feel like, for an effective love story to occur, plenty of obstacles have to be in place that would divert the relationship’s trajectory.

For VIII’s leads, Squall and Rinoa, the path was as straight as the guy I was hitting on last night. Am I projecting? Absolutely, but the point still stands.

Faye Wong’s Eyes on Me was particularly interesting because the song did not reflect the ho-hum relationship between Squall and Rinoa, but rather it reflected Julia Heartilly’s feelings toward the games’ secondary protagonist, Laguna Loire.

Julia never consummated whatever it was she had with Laguna and the two proceeded with their diverged paths with feelings more bitter than sweet. This is VIII’s TRUE love story—more interesting and more relatable than the Rinoall that was shoved down our throats.

Eyes on Me, in effect, allowed me to appreciate a different side to an otherwise mediocre and plot-convoluted game.

The melody is quite basic but the words carry with it life’s fragility. That even though those whom we love are gone, we find ways to honour their memory, unafraid that one day, we too shall join them along all the others that have come before.

In the game, Garnet has known the song since infancy, ignorant of its origins. It is only when the party hears Eiko singing the tune that we come to know its cultural significance to the near-extinct Madain Sari Summoners. In that instant, Garnet—who’s struggled to craft her identity—and Eiko—who puts on a tough façade to conceal her solitude—come full circle with their inner demons. Garnet discovers purpose; Eiko discovers she is no longer alone.

And the ladies move forward to honour the Summoners that met a genocidal end, saving the world together from the villainous bra-wearing Kuja.

Looking at the lyrics, I would say this song reflects the dynamic between Yuna and Tidus, not to mention it also gives hints to the spatial distance between them by the game’s conclusion.

One caveat: I’ve never bothered to give Final Fantasy X a chance beyond the early hours. I have copies of the game for sure (both the original PS2 AND the rereleased HD international version) but I haven’t committed to the experience.

Quick, someone convince me otherwise.

My experience with X-2 quite was quite distinct. I remember being very excited at the prospect of having an all-female party in an FF game.

… just so Yuna (an impostress) can perform a J-pop song to a roaring crowd, complete with synchronized choreography?

“What can I do for you,” Yuna asks in Real Emotion.

My response? “You can shut right up”. So I turned off the PS2 and never touched Final Fantasy X-2 ever again.

This song takes me back. My opinion, hands down, the best theme song Final Fantasy’s produced yet and consequently, the best game in the post-VII era.

The political backstory that did not revolve around the lead, the stage set in Ivalice—the same world found in Final Fantasy Tactics, and a rambunctious cast made XII stand out.

Although, let’s be honest. I would’ve liked the cast to look more diverse and not straight out of a WWII Aryan propaganda.

Still, Kiss Me Goodbye was the cherry on top of a wonderful experience and it not only conveyed Princess Ashe’s feelings toward her late betrothed, but it perfectly summed up how Vaan and co. went their separate ways in the epilogue.

Angela Aki, however, made this song so much more relatable beyond the game itself. Listen to the powerful lyrics found both in the English and Japanese versions.

As much as I loved My Hands—having been a fan of Leona Lewis since her X-Factor UK days—the song simply does not mesh well with the game’s message. Sure, it can probably be related to Vanille and Fang’s pseudo-sacrifice but neither one really developed a deep relationship with the other characters to merit a song about them. Another possibility concerns Sazh, Snow, and Lightning’s feelings toward their crystallized loved ones, but we know they reanimate by the time the song plays.

The message is clear—the song’s subject has lost a loved one and is reminiscing their time together, all the while showing substantial progress in adjusting with their life.

The game on the other hand, in its purest form, deals with the drama of being “branded by fate”. Do you accept it… or fight it, knowing that it will happen regardless?

So you see… A disconnect.

[I’m not going to bother commenting on Kimi Ga Iru Kara, the Japanese theme for the game.]

Staring the stars, feeling the winds every time

I cannot stop thinking of you

Since you’ve been gone away from here.

I kid you not. These are the opening lyrics to XIII-2’s theme.

To be fair, one can easily see why this song was chosen, with the new world borne in Final Fantasy XIII’s wake. But with lyrics as shown above combined with the terrible reviews, I left the game in my brother’s bookshelf, hopeful that it won’t be I who shall be tainted by its lingering putridity.

What is it with these dash-2 installments that just suck?

Hoping to Stand By Final Fantasy

Notably absent are the theme songs for the online Final Fantasies. I hold my hands up; never bothered with either of those.

But a conventional plot is essential to decipher a theme song’s meaning as well as the reasons for its inclusion.

Whether XV will have an enticing storyline or not remains to be seen. For now, as much as I see one red flag after another with the overall XV experience, Florence + the Machine’s involvement is enough to have me “stand by” behind it, so to speak.

And I think that’s a testament to the power of theme songs… at least for me.

I just hope Florence Welch’s rendition of Stand By Me wasn’t included to simply recycle the components in the same-titled 1986 film.