“When you play the game of thrones, you win or you die. There is no middle ground.”

But as usual, Cersei is spewing nonsense because there IS a middle ground. Characters don’t just live or die; some become fixed in the in-between. These characters are those still alive in the books but have met their end in the show.

Differences between the show and the books were to be expected. Nonetheless, it makes one wonder why Martin bothered to build up certain characters in the first place.

The following eight characters have said “not today” to the many-faced-god in the books and have yet to fulfill a purpose. And it stands that they should never have been killed off in the show.

SPOILERS ABOUND. THE ARTICLE WILL ASSUME YOU HAVE CAUGHT UP WITH THE SHOW AND HAVE READ UP TO ADWD. 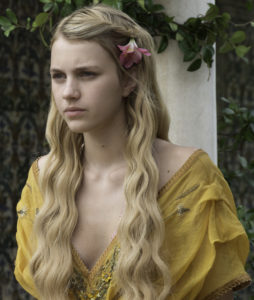 In ADWD, we learn that Myrcella, accompanied by Nymeria Sand, is set to make the long trip back to King’s Landing, some time after her face is scarred during a failed Dornish coup.

Because of the dismal amount of Myrcella lines and the lack of a POV chapter, it’s safe to say that Myrcella will die sooner or later. If only to satisfy Maggy the Frog’s prophecy…

Cersei: Will the king and I have children?

Maggy: Oh, aye. Six-and-ten for him, and three for you. Gold shall be their crowns and gold their shrouds. And when your tears have drowned you, the valonqar shall wrap his hands about your pale white throat and choke the life from you.

Although Myrcella is set to die before Cersei—a major character—Myrcella’s presence in King’s Landing serves as a political tool for the Dornish plot. This will allow Nymeria Sand to exhibit her skills in subterfuge as the Dornish representative in the Small Council, hence legitimizing Dorne as a top contender in the Game of Thrones. 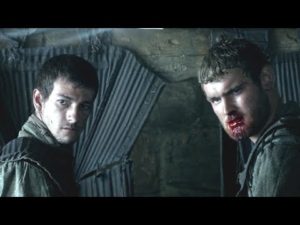 AKA, the book’s equivalent to twiddle-dee and twiddle-dum.

I think the show did a very good job of giving Grenn and Pypar purpose. Their deaths had meaning, showing that Jon Snow’s steadfastness, at times, comes with much too high a cost.

That said, it still felt really empty that the only one left among Jon’s crew (with a name) is Dolorous Edd. Small wonder Davos Seaworth was lumped in with the Jon Snow loyalists after Ser Alliser Thorne’s coup d’état. Edd needed someone to converse with, given that Pyp and Grenn were long gone. 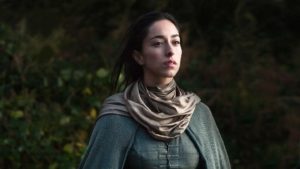 I remember thinking during the Red Wedding scenes, “Talisa is Jeyne and Jeyne’s still alive in the books. The question is: how will Talisa and her unborn baby survive this seemingly inescapable situation?

Look how that turned out—a powerful reminder to viewers that absolutely no one is safe in the Game of Thrones.

As much as I enjoyed the shock value that came with Talisa’s inclusion, there’s a reason that Robb Stark’s widow, Jeyne, is still kickin’ in the books.

Or maybe I’m just overtly hopeful considering Jeyne’s story arc has nowhere to go. Her mother is slowly poisoning her fetus, she’s being imprisoned in her hometown, and she has no other connections with any living characters. 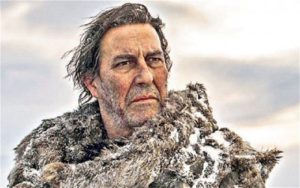 In ADWD, Mance and his spearwives have infiltrated Winterfell and have successfully allowed Theon Greyjoy and “Arya Stark” (Jeyne Poole, in reality) to escape Ramsay Snow’s grasp. Seeing as Mance has never had a POV chapter, one might assume that his character has gone as far as he could.

Yet he still stands.

Captured, imprisoned, and forced to use the sewn-together skins of his spearwives as a blanket in an outdoor Winterfell cell. But alive, nonetheless.

With life comes possibilities, and in literature, a purpose. Beyond that, Melisandre has kept Mance alive via her magic, known only to Jon Snow, unbeknownst even to her paragon, Stannis.

We know Melisandre has a fascination for royal blood, presumably because the bloodline of the great houses is descended from the magically-potent Children of the Forest.

But since the free-folk King is democratically elected and not passed down from a powerful bloodline, I don’t think Melisandre necessarily performed the Mance-Rattleshirt switcheroo because she needed Mance’s bloodline.

She needed Mance for something else; something beyond Theon’s rescue, and something yet to be discovered.

What could it be? To be candid, I have no idea. 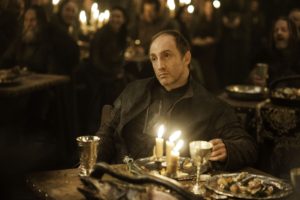 Regarding the show, I was genuinely shocked to see Roose betrayed by his own bastard, as he was one of the few people who could actually keep Ramsay in line.

In a way, it was quickly escalated. Ramsay is a character that was pretty much psychologically traumatized growing up. Made to believe he was worthless because of his bastard status, Ramsay developed a sinister inferiority complex that made him want to drag others to his level.

That is, everyone except Roose.

Roose: All you have I gave you. You would do well to remember that, bastard. As for this… Reek… if you have not ruined him beyond redemption, he may be of some use to us. Get the keys and remove those chains from him, before you make me rue the day I raped your mother.

Yes, perhaps show Ramsay was pushed to commit his acts of betrayal because Walda had finally birthed a son (which she has yet to do in the books). Perhaps the outcome will be similar in The Winds of Winter, who knows?

But for a deplorable character responsible for the deaths of a few main characters, Roose did not get the comeuppance he’s meant to have. 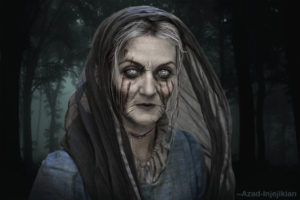 Going beyond being another Stark character with a vengeful agenda, Stoneheart—or the reanimated Catelyn Stark—serves another purpose in foreshadowing Jon Snow’s resurrection. If it’s possible for her, it should be possible for Jon.

So when Melisandre resurrected Jon Snow in the show, it came without precedence. More importantly, Snow’s return yielded no repercussions, very much unlike Catelyn’s resurgence that exchanged her death for Beric Dondarrion’s life.

Gosh. If Melisandre had such an easy time bringing someone back to life, it’s a wonder why the Lord of Light followers are too few.

In any case, Lady Stoneheart has another role—to facilitate the Jamie-Brienne rivalry into a bloody conclusion. Without LSH, how will Jamie and Brienne consummate their love-hate relationship?

I’m sure Benioff and Weiss can come up with a way, considering how much more useful they’ve managed to make Brienne in the show. 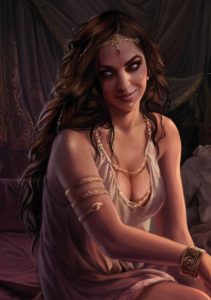 So I’m cheating a bit with this one. Princess Arianne, heir to rule Dorne, does not exist in the show (as of June 1st, 2016).

Nonetheless, Arianne’s role in the grand scheme of things is intriguing.

With that, it would be appropriate to segue into… 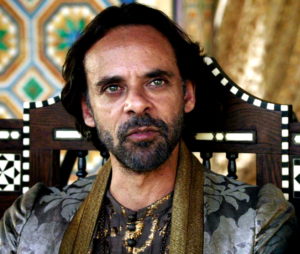 Nope, not Oberyn. He’s served his purpose. It’s his brother, Doran, who’s yet to fulfill his destiny, one he’s been waiting to accomplish for almost two decades.

With the deaths of most of the Dornish characters in the show, we can (probably) assume one of two things:

Whether the Songs of Ice and Fire will end with exultation or a requiem, one thing is certain—Prince Doran never meant to fade into the background quietly. Without the Dornish Littlefinger in the show, it is almost certain that Dorne will not enter the Game of Thrones’s conclusion in a meaningful way.

And that’s a shame.

Lost Purpose in the Game of Thrones

Some character deaths in the show, I found closure with. The wiping out of the Baratheon family (Stannis, Selyse, Shireen) in the fifth season—despite all three still alive and kickin’ in the books—served several functions:

But with the exclusions of Doran, Arianne, Lady Stoneheart, Roose, Mance, Jeyne, Pyp & Grenn, and Myrcella in the show, large venues of purpose are forever lost.

And the potential for greater storytelling is erased.