The State of Play: The Esports Phenomenon in Canada

The past two weeks have been monumental for Esports, particularly in Canada.

These examples and many more highlight the continuously growing Esports phenomenon…

What does this mean exactly and why should anyone outside the realm of Esports care?

For starters, Canada can now be legitimized as a viable locale. We can host Esports events or tournaments and kick ass doing so.

Just watch what Yiliang “Doublelift” Peng of Team SoloMid had to say about the Canadian crowd.

Beyond the exposure of our cultural identity, another consequence that emerges is the legitimization of Canada as a source of fandom.

And if history is to be trusted, where fandom exists, booming business opportunities are sure to follow.

First, some context: the League of Legends Summer Grand Finals match raked in a sold out venue of 15,000 fans with 32 million more streaming online.

With demographics like these, small wonder that I was able to find some League of Legends merchandise on the Fan Expo show floor, both official and unlicensed.

But that’s just the small fry. 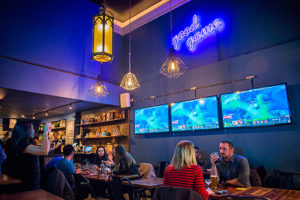 Local businesses are not just refashioning their business models to account for the rise in Esports but some others have built businesses to cater specifically to the Esports demographic.

Ever heard of Good Game Bar?

Here—located in Toronto—one can have a non-Bubble Tea, alcoholic drink while comfortably enjoying the live stream of the Evo Grand Finals match. (#notracist)

And all this… this is just the beginning.

Gone are the days when video games were just for the nerds or the closeted gamer. It is for everyone. 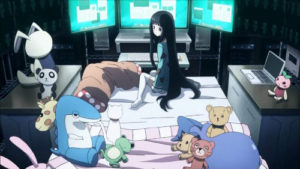 Take the attendance at the LCS League of Legends Final, for example. I expected the image of the socially awkward, physically unfit, otaku-NEET to be the dominant one in attendance but the case was the exact opposite.

Hot, muscular guys weren’t dime a dozen, but I must confess that maybe I’m too much of a socially awkward otaku-NEET (at least, in appearance) to have approached one.

People came in groups of three to seven, with no discrimination in appearance, class, ethnicity, and even age (though the majority would definitely be millennial).

Sure, the female demographic sits at a dismal (but hopeful) 10-15% for Esports overall, but huge strides have transpired in its almost two-decade existence to bring that number to where it is now.

That said, Esports is a millennial phenomenon. 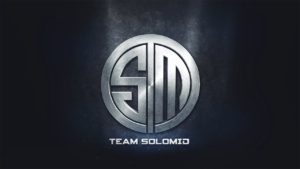 TSM fields teams not just for League of Legends, but also for Hearthstone, Super Smash Brothers, and Counter-Strike: GO.

Starcraft and an innumerable amount of fighting games paved the way for the rise of Esports but arguably, League of Legends solidified its cultural presence.

LoL heavily influenced the creation of an Esports subdivision on TSN, its team organizations were successful enough to branch their brands out to other games (Counter Strike: GO, Smash Brothers, Heroes of Warcraft. Etc.), and even attracted business people outside of the industry to invest their resources into Esports.

Did you know that the NA team Echo Fox is owned by ex-pro NBA player, Rick Fox? Or that Susan Tully, the CEO of the European team, H2K Gaming, was also the CFO for Kanye West? 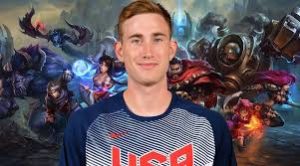 A job in the Esports industry does not just mean that one aspires to be a professional gamer nor does it mean that it is a business just for gamers—as it is, the possibilities for career exploration are endless.

Those with backgrounds in sports casting, TV production, engineering, event organizing, marketing, journalism— and many others—are welcome to shave off the tip and trail blaze into the Esports iceberg.

For the last seven years, Riot Games, the organization behind LoL, did not explore Canada as a pit stop for one of their hugest events. But when it happened two weeks ago at the Summer Split Championship, somehow on a subconscious level, these millennial opportunities became attainable.

As if what was being said was, “This is happening. This world is real. And you are most welcome to jump in.”

So come on, Canada, let’s get more of us out there.

Gonna be honest—attending the League of Legends Summer Finals Split was one of the best moments of my life.

More than what it showed was possible in the future, it highlighted its massive impact in the now. 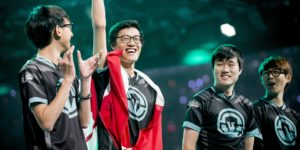 When Toronto native Jason “Wildturtle” Tran, the “AD Carry” (a game role in LoL) for team Immortals, walked out into the ACC stadium draped with the Canadian flag…

THE HOUSE ROARED INTO AN EAR-SHATTERING CATERWAUL!

The results were not dissimilar when two more Canadian players—Andy “Smoothie” Ta of Team Cloud 9 and my fellow University of Toronto alumni, Vincent “Biofrost” Wang of Team SoloMid—emerged the following day in the grand final.

The impact wasn’t necessarily about having Canadian representatives in the game but more about having been able to partake in the Canadian collective pride, in the same vein that one might do so in a Blue Jays game or in the Olympics.

For someone who does not care much for traditional athletic sports, being able to finally feel Canadian pride over this newish, video game-based type of sports was…

… and I’ll say it again—it was monumental.

And I don’t think we’re done yet!