“Alchemy, the science of understanding, deconstructing, and reconstructing matter. However, it is not an all powerful art. It is impossible to create something out of nothing. If one wishes to obtain something, something of equal value must be given. This is the law of equivalent exchange, the basis of all alchemy. In accordance with this law there is a taboo among alchemists, human transmutation is strictly forbidden. For what could equal the value of a human soul?”

This quote rings out throughout all of season 1 episodes as a prelude before the episode begins, it reminds us of the sin the Elric brothers have committed but it does not tell us how they will fix it.

This season centers around one big event that takes place in central Ametris as Colonel Roy Mustang attempts to uncover the mystery behind General Maes Hughes death. As Roy still plans to succeed Fuhrer King Bradley as the rightful ruler of the country a large monstrous man with an insatiable appetite goes on a rampage targeting the Ishvalan emissary that’s been attacking state alchemists. The attractive woman continues to cause havoc and infiltrate the military through her seductive behavior. It comes to light that she is in league with the monstrous man and the Fuhrer. They are dubbed as Homunculi. Artificially created humans made fro alchemy.

When an innocent soldier is framed for the death of Maes Hughes, Roy helps them fake their death, causing an uproar among the Elric brother thinking he committed murder on their friend. Livid with fury, Edward is restrained and separated from Alphonse to return to Resembool to meet up with an ally. They then travel to the abandoned ruins of Xerxes, the kingdom that was destroyed in one night. They meet an old friend and discover a dangerous secret.

New characters with compelling motivations emerge in this season. Ling yao 12th prince of Xing, Fu, and Lan Fan his companions, and Mei Chang. Oddly enough they comes to Ametris from a different country to the east known as Xing. It is assumed that this Xing country is an alternate version of China since it is already confirmed Ametris is an alternate version of Germany. We also get introduction to 3 other countries surrounding Amestris that explain the current war that is happening around the country. Drachma to the north, Creta to the west, and Aegis to the south are all battling it out against Ametris. Or perhaps, Amestris is trying to increase its borders? It’s hard to say who the primary antagonist is in this season, as when the brothers come to terms with their father Honhenheim, it’s revealed he harbors no animosity to them. 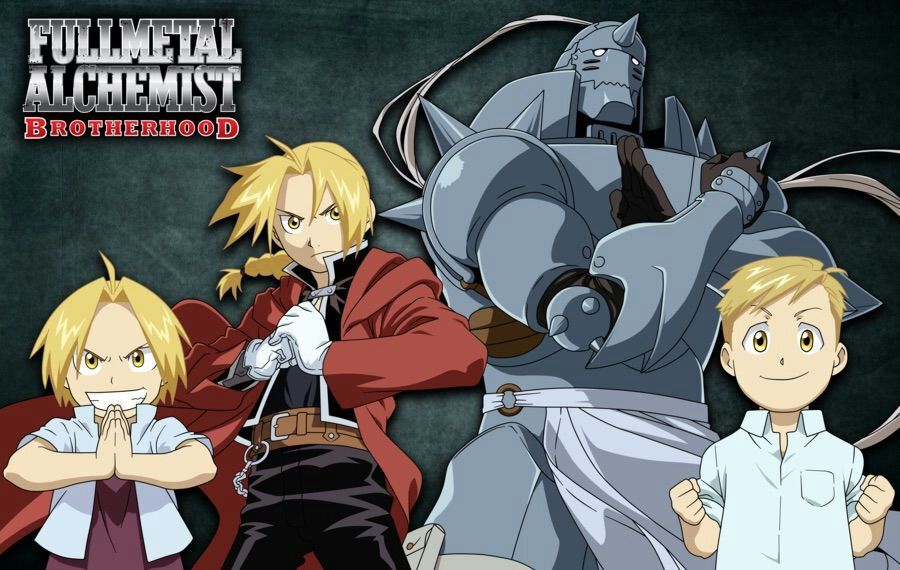 A greater concentration is focused on finding the philosopher’s stone as Edward and Alphonse respectively, struggle to find motivation to continue their quest. They actually are separated for much of this season up until the very end where a massive climax unfolds. Winry takes a backseat as she struggles with being helpless to change anything. Her misery unravels as she discovers the truth behind how her parents died and who killed them. She comes face-to-face with the heinous crime of murder and falls in love with a man who she never thought possible.

Alphonse actually becomes more powerful now able to transmute without need for a transmutation circle just like his brother. And amazingly, the first death of a major enemy is accomplished through the flaming powers of a powerful ally. It comes to light that there is a true conspiracy hiding inside the military, and everyone seems powerless to stop it. Another ally’s life is lost and more, as the gang struggle against the overwhelming power of the enemy. Edward makes a striking promise to Winry as she leaves them to return to Rush Valley where she holds a promising job as an automail mechanic.

This season is definitely an huge leap from season 1 in terms of animation quality and plot development. It has a slow start but has a massive finish and a very exciting conclusion that leaves the viewer rushing headlong into season 3. Watching it a second time it flies by and keeps my eyes glued to the screen. It’s a rush of excitement and mystery when you find out how the homunculi are in control of the military and more. How powerful and deadly they are, even to the point of fatally injuring a major character in the series. One has to wonder if they can be defeated or who really leads the homunculi, only to be known by the name Father. At the very end Edward comes face-to-face with the truth about what they left behind in Resembool when they burned down their old house. He discovers that there is hope for Alphonse and that he can be returned back to normal before it is too late.