Unlike the previous installment this story has much more action.  Aiden has assumed the identity of a Freeborn warrior, named Jorge. Freeborn warriors, unlike the genetically engineered Trueborn, are born naturally from loving parents, instead of being born from an artificial womb.

The book opens on the planet Glory with Base Commander Kael Pershaw in a discussion with his personal aide. Unaware of Aiden’s false identity, he is disgusted upon learning that he had easily defeated a Trueborn warrior in a brawl. The Commander despises the Freebirth under his command. After another fight results in the death of a Trueborn warrior, Kael Pershaw punishes Aiden by forcing him to wear the Dark Band of Shame. In spite of the punishment, Aiden’s unit are selected to carry out a rescue mission. Him and his squad deploy their battlemechs into a region known as Blood Swamp. 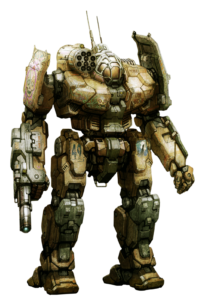 After locating the stranded warriors and their crashed mechs, their combined forces plan for an attack on a unit from a rival clan. The Trueborn warriors, having no experience piloting mechs through swamps, are humiliated that a Freeborn will command the operation, which ultimately ends in victory. So great was the victory, that the Trueborn warriors are entitled to compete for a Bloodname title, something only Trueborn are entitled to obtain.

Aiden, secretly a Trueborn warrior, interrupts the Bloodname ritual and reveals his true origin, demanding the right to compete. Kael Pershaw, compelled by a witness, sends the conspirators back to planet Ironhold to stand before the Grand Council where a decision will be made on the matter. Falconer Commander Ter Roshak is summoned to testify for his role in giving Aiden a false identity. Ter Roshak testifies that he was convinced that Aiden is the reincarnation of his former Commander, Ramon Mattlov. 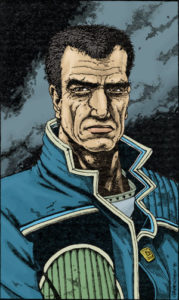 Ter Roshak and Aiden’s defence is overruled, both men reject the decision and demand a Trial of Refusal, the right of any Jade Falcon warrior to contest a judgement by going into combat against some of the clan’s best warriors.  The votes of the trial decide the odds of  three to one against the accused. With the odds stacked against them, only cruel violent fate can reverse the decision.

Another highly recommended title, especially for fans of action driven stories. I encourage you to read it yourself and discover how the subsequent clan battles turn out.