Money can’t buy happiness, and chasing after it forever will surely end in damnation. For a show such as this that deals in such “real world” problems of the 18th century it’s a big surprise, it captures me in such an elegant way. There is so little action or violent imagery. Even when our characters are in the deepest of troubles it feels downplayed because of the lack of blood. I suppose many of us anime nerds are spoiled some.

The second season of Spice and Wolf is definitely a step up in quality from the last. Better animation, better scenery, we even get a nice opening to listen to! Unfortunately, unlike the last season, we do not see Houlu transfer into her wolf form unless by frequent flashbacks from last season. This will turn most viewers away as seeing her wolf form was the main selling point of the first season. So pray tell what could be the selling point of this season?

As you can imagine the love circle between Lawrence and Houlu continue to weave and curl like a dog shielding itself from the cold. We get a few people often vying for her attention. Even an eager young merchant tries to woo her with his promise of being her princess. Though we are never told why Houlu denied him her love, we can only be thankful that it carries the story a few more episodes. But leaving empty answers like that knocks a few brownie points down for me. I rather enjoyed seeing Lawrence duel the pesky young merchant for Houlu’s love. I might’ve even picked up a few tricks on how to wheel and deal myself. It seems such a shame I was robbed of an interesting plot point. 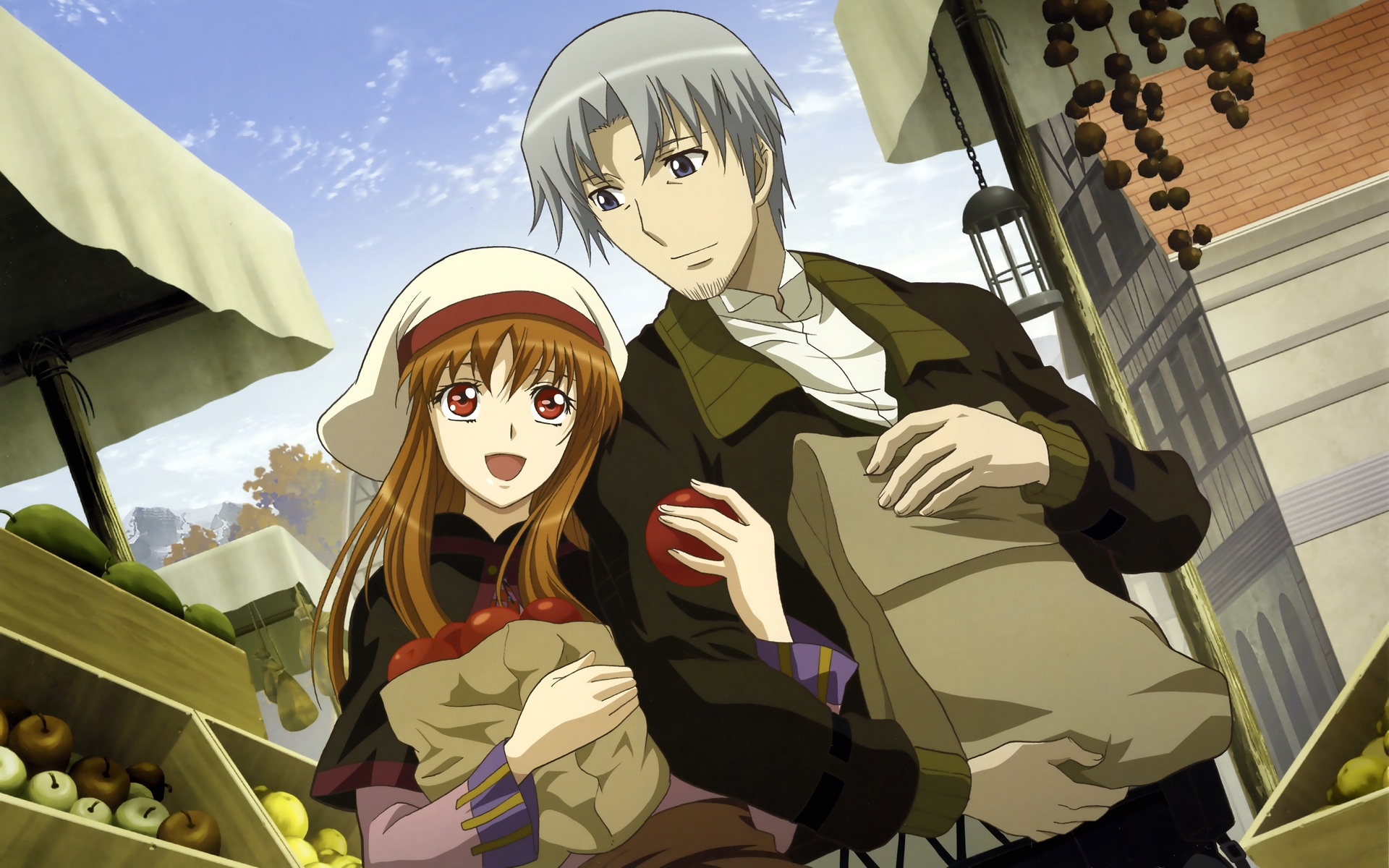 Then again another thing that always drags this series down is the number of subplots. We only visit 2 towns in this season of Spice and Wolf instead of 3 from last season. The show wastes half of its season in a subplot of Lawrence fighting for Houlu’s love with another merchant only for it to turn out to be a giant McGuffin that was pointless. You get the feeling as the series goes on that Houlu does not want Lawrence to love her nor grow old with her.

“Give thanks for the day you met”

Houlu fears that their journey must end at some point. She cannot age in her young human form but Lawrence will. Even for the lusting attempt at mating with a Pagan God like Houlu, is it really worth it? We meet a fine woman in a town who lost her husband to old age and mistrust because she did not age and yet he did. A bit of foreshadowing to what the dreams Houlu has of Lawrence.

Houlu never really returns her debt to Lawrence. Even up until the very end when he is betrayed by a sly fox, and Lawrence confesses his love to her she punches him calling him a fool. Though it’s no surprise to anyone that all men are fools. This series still captures a very “slice of life” style to it so likewise if you watch it don’t come for the action of the drama come for the characters and the setting. You’ll get a good taste of what pre-colonial Europe was like for people.

However, the subplots and the missing conclusions of this series will not earn it a high score from me. The supposed big bad monster that destroyed Houlu’s hometown is never revealed and instead, we’re treated with a last minute antagonist that is just shoehorned in much to my chagrin. Though I was flattered when I found out the voice actress of this antagonist is the same person who played Olivier Mira Armstrong in Fullmetal Alchemist: Brotherhood. Hearing that voice her voice struck a chord with me, I liked seeing a returning talent like Stephanie Young to the scene.

The aspect of religion, though a point of contempt, is never explored in this anime. I would assume the fact that a series like this that centers around a Pagan God like Houlu to become attracted with a merchant like Lawrence. That there would be a greater focus on the concept of a higher power in control of everything. They do bring it up but only in the last 2 episodes when everything seems to go awry. There never seems to be a sense of real danger in this season up until the last episode. Which isn’t that much of a payoff if you ask me.

The question of whether an omnipotent one would care that a merchant loves a Pagan God, or that a Pagan God would be jealous of an entity to replace her importance in the world, is just as suspicious as a woman of noble birth trying to scam people out of their money. I wouldn’t rate this anime to be the best I’ve ever seen but it’s charming and it’ll teach you a thing or two. Good things come to those who wait.