The Doctors … Past, Present and Future?

Let’s be honest, everyone has their own “favorite” Doctor and favorite episode for that matter so I’m sure that my list will be different to many others! However as a fan for decades, I definitely have a preference so lets countdown my favorite Doctors over the years!

The Second Doctor was very different to his predecessor. A more playful, whimsical air disguised dark undercurrents and a sharp mind. And as the Doctor changed, so did the adventures. Trips into Earth’s history gave way to besieged Moonbases, Martian Ice Warriors and Space Pirates. Not to mention the heyday of the emotionless Cybermen, whom the Doctor froze into their ancient tombs once more. It wasn’t until he was put on trial by his own people – The Time Lords – for interference, that the Second Doctor was forced to regenerate. Although he was a good actor and got a position as one of the earliest doctors he failed to meet the expectations of many viewers.

I am not a student of human nature. I am a professor of a far wider academy of which human nature is merely a part.

The TARDIS is attacked by villainous Time Lady the Rani, triggering the Doctor’s next regeneration. His Seventh body was both a spoon-playing clown and a master of deep dark secrets. He toppled empires in a single night, entertained in the circus of the Gods of Ragnarok and played chess with the ancient and evil Fenric. McCoy portrayed a pompous Doctor Who who further tanked the show’s ratings. The show basically got canceled after McCoy’s three-season tenure.

Time will tell. It always does. 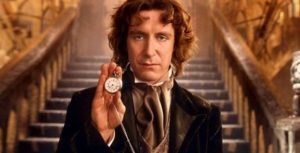 After dying on the operating table, the Doctor regenerated into his eighth form in a hospital morgue, on December 31, 1999. Mercurial, frenzied and prone to bouts of amnesia, the Eighth Doctor teamed up with Grace Holloway to save the world from being pulled inside-out by the Master’s hijacking of the TARDIS. He was given a chance to prove himself in the role again in a 2013 mini-episode in which his decision to fight in the Time War gave us John Hurt’s the War Doctor. For that, we owe him our thanks.

I love humans. Always seeing patterns in things that aren’t there.

Clever, considered and kind, the Fifth Doctor’s world was one of fascination and science. He relished the recursion of Castrovalva, solved the mystery under the sinking sands of Frontios, and came face to face with the Silurians and Sea Devils once more. Infected with a deadly virus and with only enough antidote to save one, the Fifth Doctor sacrificed his life to save his friend Peri.

For some people, small, beautiful events are what life is all about! 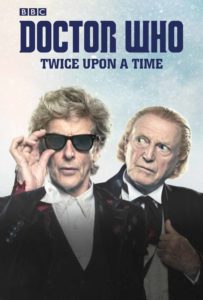 An exile from his homeworld, wandering space and time in his trusty TARDIS with granddaughter Susan, the First Doctor appears to be a frail old man. But don’t be fooled. With a chuckle and a twinkle in his eye, he has an unquenchable thirst to explore, and a knack for getting himself into trouble doing it.

After preventing the Cybermen from absorbing the Earth’s energy and with his body “wearing a bit thin”, the First Doctor collapses to the TARDIS floor and begins to change…Although William Hartnell deserves praise for being the first actor to play Doctor Who, his take weighed heavily on the stern outsider alien side and less so on the parts that made Doctor Who more humanlike and caring in the seasons to follow.

Our destiny is in the stars, so let’s go and search for it.

His “recreation” in the most recent episode was quite well done and the irascible old gentleman seemed to come back to life!

As part of his sentence from the Time Lords, the Doctor was forced to begin his exile on earth with a new face. The Third Doctor was confident, bold and brash, but with a soft paternal side, reserved for those he cared about. His action skills served him greatly and cemented the Doctor’s role as humanity’s greatest defender, something that would carry on in following seasons.

Courage isn’t just a matter of not being frightened, you know. It’s being afraid and doing what you have to do anyway.

Never understated, the Sixth Doctor was an explosion of colors, words, and emotions. Passionate, sometimes quick to anger, this was a Doctor you did not want to make enemies with. Maybe it was the excess of the ’80s that was to blame for Colin Baker’s version of Doctor Who (and his colorful style) being, well, pretty nuts, in a clinical way. And like Sylvester McCoy, he was working against the falling popularity of the show. 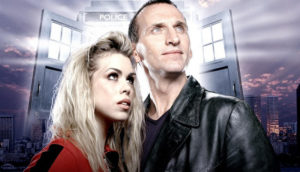 The sole survivor of the Last Great Time War, scarred by the terrible things he’d seen and done, the Ninth Doctor was an intense and emotional incarnation. Hiding his psychological trauma behind madcap wit and frivolity, he took Rose Tyler to see the end of the world, inspired Charles Dickens and showed that for once, everybody could live. Sixteen years after the show went off the air, Christopher Eccleston stepped into the role as the Ninth Doctor. He’s almost universally praised for his dashing, though overly serious, take on the role.

The past is another country. Nineteen-eighty seven’s just the Isle of Wight. 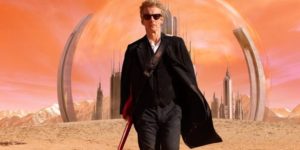 Granted a whole new regenerative cycle by the Time Lords, the Doctor experienced an explosive and unprecedented thirteenth regeneration, ending the Siege of Trenzalore. A new Doctor – with a sharp face, bushy brows and boggle eyes. The Twelfth Doctor immediately teamed up with his old chums The Paternoster Gang (Vastra, Jenny and Strax) as he dealt with a bout of post-regenerative stress. Every new Doctor Who actor deals with a certain amount of skepticism from fans and must win them over. Much can be said for what Peter Capaldi has brought to the role, we can say just that he was one of the best actors and that he enjoyed and loved his role.

Never be cruel and never be cowardly. And if you ever are, always make amends. 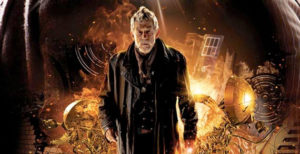 Born from the Eighth Doctor’s choice on Karn, at the height of the Last Great Time War, this incarnation was the Doctor’s darkest secret. A battle-hardened warrior, rather than a healer. A man who saw so much death and destruction in the Time War, that finally, at the fall of Arcadia, he proclaimed “No more”. Fun fact: At 74, Hurt was the oldest person to play the Doctor and appeared alongside Smith, who at 26 when signing on, was the youngest person to play the role.

Great men are forged in fire. It is the privilege of lesser men to light the flame. 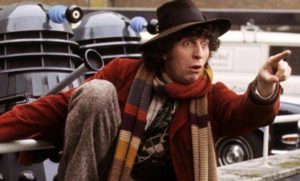 From witnessing the genesis of the Daleks to preventing the death of the universe at Logopolis, the Fourth Doctor was an adventurer on an epic scale. Armed with a gleeful smile, swashbuckling charm and righteous morality, he defeated Sontarans. If there were a quintessential Doctor, then it would be Tom Baker. No one has held the role longer than Baker’s seven years. Fans loved his unpredictable, strange take on the character, a reminder of the Doctor’s alien origins.

There’s no point being grown-up if you can’t be childish sometimes. 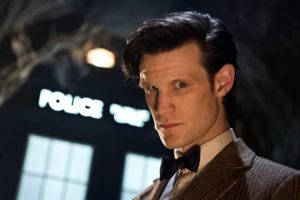 Hugely energetic, occasionally flirtatious, and by his own admission, “a madman”, the Eleventh Doctor combined youthful looks with an old soul. Crashing into the lives of Amy Pond, and her boyfriend (later, husband) Rory, he solved the mystery of the time-erasing cracks in the universe, escaped his own death, restarted reality and even found time to marry River Song. At 26 when he started the role, Smith was the youngest and probably the best actor to portray the Doctor and surprised viewers with his acting chops.

The universe is big, it’s vast and complicated, and ridiculous. And sometimes, very rarely, impossible things just happen and we call them miracles. 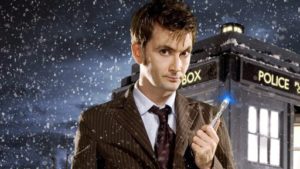 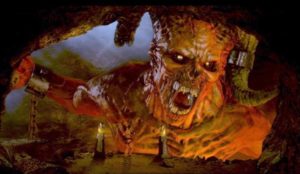 Waking on Christmas Day in his new form, the Doctor fought the Sycorax high above London, where he lost a hand but grew a new one with remnant regenerative power. Travelling with Rose and Mickey he battled Cybermen, werewolves and possibly, the Devil itself. Tennant breathed life into the character. He didn’t shy away from the softer sides of the doctor and also made the character quite the romantic, an extremely likable lead.

Everyone has nightmares; even big scary monsters from under the bed have nightmares.

Would you agree? I was really torn between 4 & 5 as I wanted to push Capaldi and Eccleston higher, but Hurt did an excellent job as the War Doctor. I don’t know if he’d have been as good if we’d had a season with him. Let me know your thoughts in the comments.