Friday, March 25th allowed audiences to go watch, easily one of the most hyped comic book films of the year. Much has been speculated and dissected since it was announced almost two years ago. And why not? This is the first time, arguably the two biggest superheroes were in one movie together. Throw in the first film appearance of Wonder Woman and the importance is even more evident. 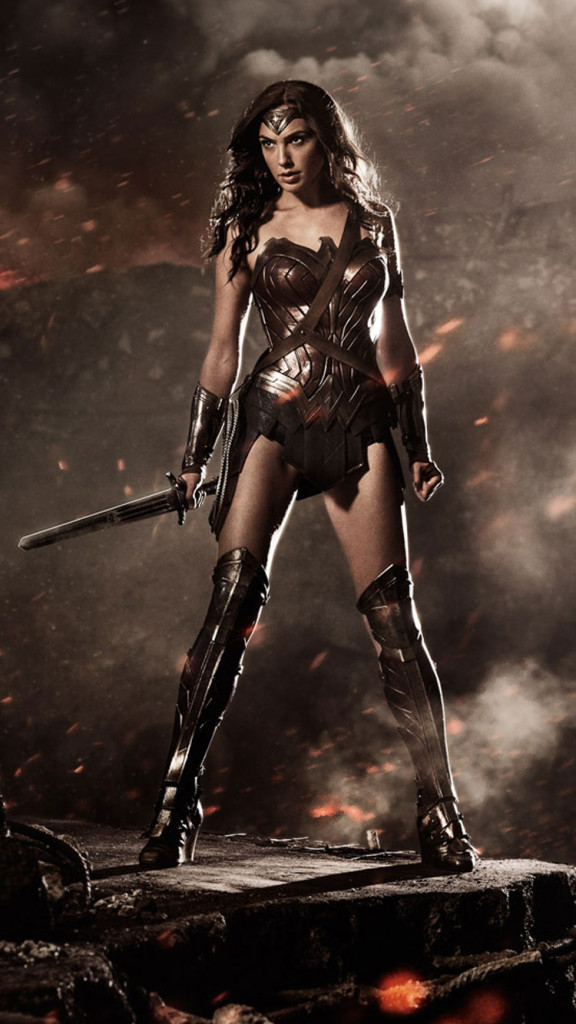 As if that wasn’t enough pressure, Warner Bros. and DC entertainment have been desperately trying to play catch up with Disney/Marvel due to film flops Green Lantern And Jonah Hex. But it’s the divisiveness of 2013’s Man Of Steel that really shook DC’s cinematic future. The people who loved it, loved it, and the people who hated it, really hated it. It’s box office return was strong enough to warrant more stories told in this same universe, with much of the same creative team behind it.

Batman v Superman is a direct answer and sequel to Man Of Steel, and one that is ultimately left in charge of setting the tone and launching the rest of the DC cinematic universe.

So how was it? Ultimately it could’ve ben better. Much better.

A big problem for me. But let me start with the things I did like.

I liked that it tried. It took the source material seriously, and I think it was well intentioned in telling a good thought provoking story. There were some genuinely interesting philosophical points that the movie puts out there. Must there be a Superman? Can he truly be trusted? do the rewards outweigh the consequences of him being on Earth? There were a lot of excellent scenes debating that very subject featuring real world celebrities like Neil Degrasse Tyson. I enjoyed the scenes of Superman saving people while these debates went on. The set up of Batman’s story is also a plus for me. The flashbacks to the fight between Superman and Zod felt very important in setting the tone.Wonder Woman’s inclusion is a, sort-of plus. More on that later. The introduction to Batman was a great scene. Just subtle enough to excite you.

Now let’s see what wasn’t so good. It spent way to much time on useless scenes rather than building on character. Seriously, there was a lot of time jumps & dream sequences. They did not help the movie go forward at all. In fact they helped to take you OUT of the plot.

ANY of the dream sequences ( except the first) would’ve worked better as a secret ending. I would have been hyped if that was the case.  The rest of the Easter eggs were just awkward and weird. ( Flash, Aquaman, Cyborg.)

You can tell this movie had too many cooks in one kitchen. It has various threads it’s trying to connect but that seldom pay off. It’s unfocused, which leads to plot holes that become widely apparent. For example ( SPOILERS) almost anything to do with the Kryptonite spear. Clark talking to his Dad?? Huh?

Let’s not forget the mess this movie had with character motivations. Batman/ Bruce Wayne spends most of the film distrusting, and flat out hating Superman. He even goes as far as to plan on destroying him. It doesn’t seem to factor in that Superman does do true good in the world or that Alfred repeatedly tells him ” He is not our enemy.” No, his mind is made up and  stopping Superman may even end up being Batman’s legacy.

That’s why the reason for them teaming up at the end is so weak and unbelievable. It took about 2 mins for Batman to forgive all and go on Superman’s side. We spent more than two hours building and solidifying a genuine reason for Batman to want to fight Superman but in 2 mins, all that is moot. All it took was Superman talking. A conversation that could’ve easily happened at the beginning of the fight. But no, Batman didn’t want to hear it and Superman didn’t seem to care enough to mention it. Lazy writing at it’s worst.

You might hear the word ” shoe-horned” from a lot of people when this movie comes up, and for good reason. Too many things were added to this movie unnecessarily. Doomsday never should’ve been in the movie. The references to future movies were way too on the nose. Even the inclusion of Wonder Woman felt rushed. ANd honestly, do we need another scene showing us Bruce Wayne’s parents being murdered? I really doubt anyone going to see this movie hasn’t at least heard of the origin of Batman. The dialogue wasn’t particularly bad but it wasn’t spectacular either. ( BIG SPOILER) a big shock was having Superman ” die” in the movie. Anyone who read ” Death Of Superman” would be familiar with the fact that Doomsday kills Superman. Why introduce this in this particular movie? Why not build up to it 3 or 4 movies down the line?

Besides, we all know that Superman won’t stay dead. Forget the very end of he movie for a second. Think about the fact that Man Of Steel sequels are in the works plus, don’t forget Justice League. Can you imagine having Justice League without Superman? No, i can’t either.

Is the movie serious and dark? Yes it is. Is that a problem? Yes and no. I like my movies to be of a more serious tone, but not if that is uninteresting and uninspired.

This proved to be the  movies true positive point. But not by much. The actual fight between Superman and Batman is satisfying. I wished it would have been longer or more impactful. It did homage Frank Miller’s TDKR a lot. Maybe a little too much. The fight’s looked great. Zack Snyder does have an eye for action sequences, I’ll give him that.

The best fight scene for me was hands down, Batman’s solo fight scene in the warehouse. WOW. Brutal and visceral. We’ve never seen Batman have a fight like that in ANY film. It was the most fun of the movie.

The fight scene with Batman, Supeman, Wonder Woman vs Doomsday was cool but forgettable. Mainly because the trailers ruined the best parts of it.

A disappointment is the only way I can put it. Lex Luthor and Doomsday were wasted in this. Especially Lex. We still have not had a great representation of Lex Luthor on the big screen. He was more Joker than he was Lex. Doomsday is powerful enough to have a movie all himself but he was all but an after thought here. An excuse to add ” drama” to the story and have all the heroes battle a common enemy.

For the most part, strong. I’l say that the actors worked with what they had. Most of the cast was one note, and that note was stoic. Only Jesse Eisenberg brought energy to the movie. Sure, he misrepresented his character but at least he provided a difference that the others did not.

Henry Cavil’s Superman was okay. He didn’t have much to say. He looked the part but he lacked charm and life. he was too wooden at times. I will say that he was better than I thought he was going to be.

Gal Gadot’s Wonder Woman was good when she didn’t speak too much. She looked great and her action sequences were solid. I had a positive reaction to seeing her on screen but when she spoke her acting wasn’t the best. Ultimately I still feel she was underutilized. If you’re going to put her in the film at all, you might as well use her.

Amy Adams was unspectacular. Her Lois Lane felt very undervalued here. She was supposed to be Superman’s anchor to humanity but we don’t really see that. Their relationship is supposed to be one of ultimate love, but again, we don’t see it. What we do get is a lot of Lois being saved by Superman. She does return the favor to him but its not enough.

Of course, everyone was wondering how Ben Affleck would be as Batman? He was damn good. But hang on a sec!

I’m not simply jumping on the bandwagon and saying that. A lot of credit has to go to the people who designed the Bat suit, and even to Zack Snyder himself. Whenever Batman’s on screen he looks awesome. He’s intimidating as hell. 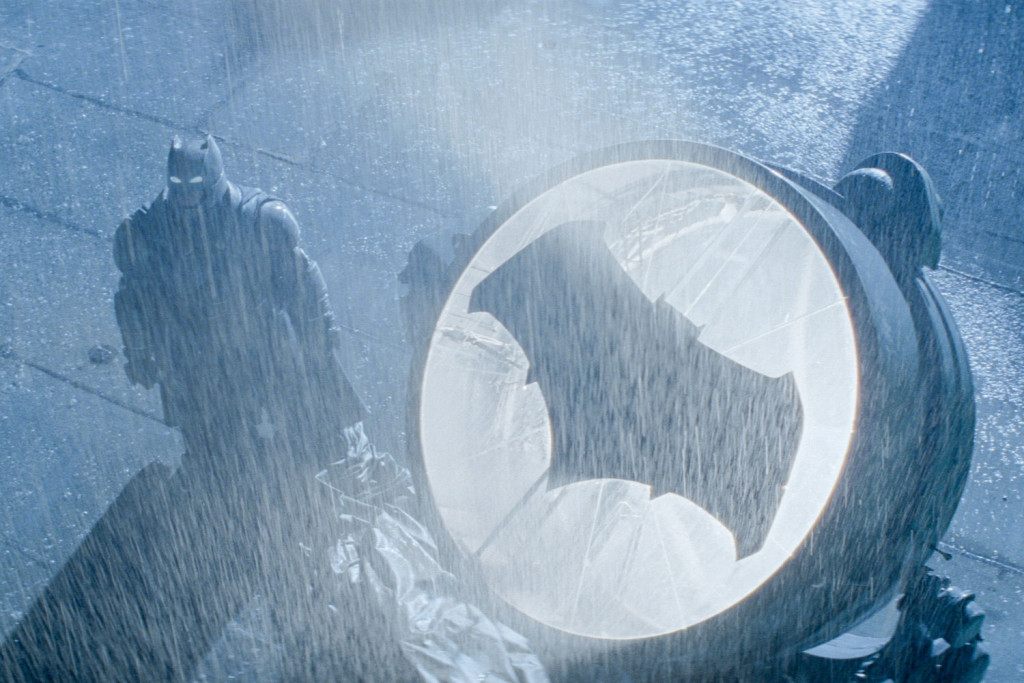 I don’t like the fact that he outright murders people in this movie. That’s a big deal to me. Don’t give me the excuse that it’s ” manslaughter”. Bullshit. He kills with reckless abandon, period. considering the backlash that Man Of Steel got for Superman killing Zod you’d think that Warner Bros. wouldn’t have gone done this road with Batman. Maybe average movie goers don’t care about things like this but I feel it’s incredibly important.

Also, why the Bat branding? That is totally pointless and unnecessary. It does nothing that adds to the character so why bring it in?

Batman v Superman turns out to be a narrative mess with too many plot threads that don’t go anywhere. The characters are not built strong enough and they lack any real substance.

The action is noteworthy but it doesn’t make up for a dull story. Sadly this movie was a desperate attempt to fast track the DC cinematic universe. They are simply not taking the time to discover their characters at a positive pace.

This only leads to one conclusion. Zack Snyder has got to go. He’s an excellent visual director but he doesn’t execute story well and he doesn’t get these characters. He claims to be a big comic book fan and wants to represent these characters right but he fails to do so.

Superman shouldn’t be as dark and jaded as Batman. He can be in a dark world but he doesn;t have to echo that world. He needs to rise above it and help humanity understand that there is a better way. He has to provide hope for the hopeless, not just by action, but by words. Superman has a voice. IN this movie he had no voice. It’s never been that way in comics and even in film. He is a man of the people. He doesn’t shy away from the spotlight, he embraces it. He is the spokesman of all Metahuman/ superheroes out there. Batman dwells in the shadows and gets things done on a grounded level. That works for Batman, not Superman.

Where is the clash of ideologies? There is plenty of action and fighting, but where’s the moral conflict that should’ve been explored? Episode 3 of Marvel’s Daredevil is everything Batman v Superman should’ve been.

The clash of ideologies between Daredevil and Punisher are explored, both physically and morally. There is genuine depth and substance behind their battle. You see it from both their perspectives, at least you should see it. That’s what good writing should force the viewer to do. Question things. Question your own beliefs and morals.

Batman v Superman tried to do that but they were ultimately more interested in setting up their frchise and having Superman and Batman bash their brains in.  It’s a shame because there was so much potential.